The Why and How of Settings; Imperfect Promise

Some of the towns used in the backdrops or plotting in my books include; Wichita, North Platte, Omaha, Ogallala, Green River, Bannack, and Fort Benton, Cozad, and Sidney. I emphasize that these are only a few. But they are filled with an interesting history…every one of them. How do authors decide the towns or cities for their stories? I suspect, for some, it is familiarity. For others, it is the history of the place. For instance, in my book, “Imperfect Promise”, I was looking at the Platte River and trailing the railroads during the time period of my story. Transportation for characters may become important if you need to move characters from one place to another. That leads to tracking the locations. And once accomplished, reading about the locales opens up a world of stories relevant to your story. I’m sure other authors will have other ideas, reasons, and stories related to their choice of setting.

I mentioned Bannack, Montana. Now that was quite the gold mining town when a gold strike in 1862 had the population grow to ten thousand. It had every kind of necessity and then some. In fact, it was the capital of Montana Territory until the capital was moved to Virginia City. I found that by investigating stories of real life characters in Bannack, as well as other old western towns mentioned above, convey the kinds of struggles fictional characters might endure. The following picture inspired me to include a storm in my second book.

Did you know that the word “limelight” evolved out of the 19th century . . . as a result of actors and stage performances?

In those early days, before electricity, candles were used to light the stage. There was an issue with that. Heat. Yes…they burned too hot for the waxy make-up used on the actor and actress faces. Melting faces often had to be repaired frequently. Until, someone decided to burn something else. (Calcium carbonate or chalk; also known as lime. The stuff you put on your lawn.) It burned with less heat. And so… the term limelight has come to refer to those liking to be “center stage.”

Did you know that as wood decays, a fungi emits a luminescence along the rotting wood. Old timers out west often shored up their mines and caches with timber. Now forgotten, the wood and fungi are still at work in those lonely places of the west. And at night, sometimes you can see the eerie glow on the surface of those long forgotten spots.

Have you reached for a word and grabbed air?

Words for an author are like sunlight for plants! Absolutely needed. (Pardon that adverb). Anyway, as an author, I’ve begun the task of keeping favorite words in a list so I can grab hold and test the fit. In fact, in my blog, I’ll mention a word or five once in awhile just to shake my tree of words. Adjectives, verbs, and even nouns that might be on the fringe of my mind, but not entirely lost. So, here goes. Feel free to add any that you’d like to share.

Forgotten Places that need to be found.

Have you heard of Atlantic City? (Bet you have . . . but I’m not talking about the one in New Jersey.) How about Fort Benton? And Dobytown?

And let’s not forget Ogallala and North Platte? They held ties (no pun intended) to the railroad expansion across the Nebraska plains in the late 1860’s). Setting up my plot also entails making certain my characters have a way to get from place to place; whenever the horse wasn’t feasible. So, the next time you happen to be near a rail depot, whether in the east or in the west, give a thought to the role of the railroad both in story and necessity. Other authors certainly have their own take on setting, whether it be a major catastrophe, mining, cattle, or just having personal family connections that they can relate to. 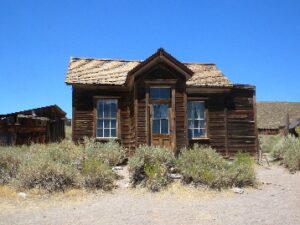